Upgrading MongoDb in php7 to use the php library 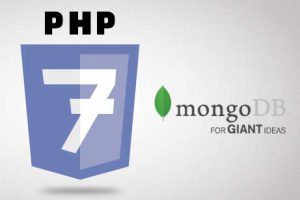 Recently we upgraded to php7 in our local environment, and most things worked straight away without any changes. Going from php 5.5 to php 7 seemed to work flawlessly with most of our code, as we have been strictly sticking to php standards in coding for quite some time, so the backwards compatibility seemed to be great.

Then suddenly a task I had running in the background failed, and it was apparent that the MongoDb wasn’t working correctly in a project that we had running. My first thought was that I didn’t have MongoDb installed in the new Xampp that I had installed on the computer, however after looking over things, I found that we needed to use a different library for MongoDb in php with php7.

Bring in the MongoDb PHP Library.

To install this use

or install it manually. You will need to find the instructions.

which we can now change to

A couple of things that we found however was that the MongoDate was a bit different in the php library.

We also found that using 32 bit instead of 64 bit had issues with Dates.

So here is our code

using MongoRegex which is now \MongoDb\BSON\MongoRegex we can now search using the following.

Once I had read up on it, and worked out the differences it wasn’t that hard to work with the new MongoDb library. I’m sure there’s a lot more to learn though, which I’m keen to hear about.

Please feel free to comment on any other great resources for mongoDb upgrade to the php library.